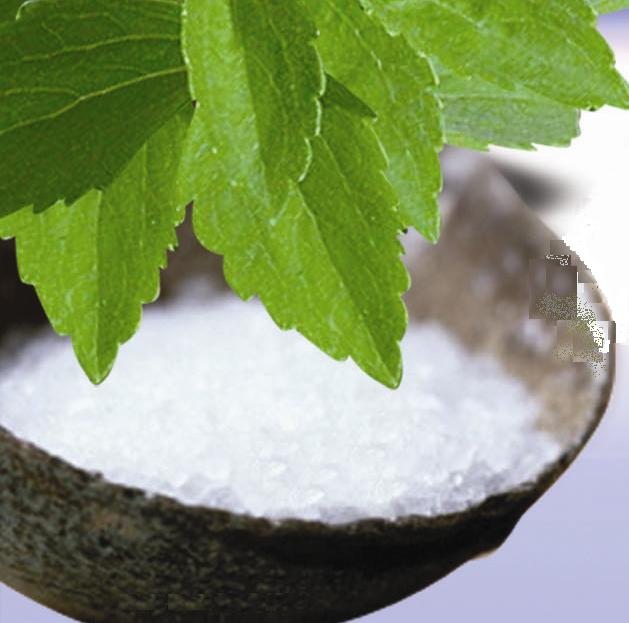 It’s not easy being ripped. While the guy in front of you at Starbucks orders his second blueberry muffin of the day, you grab your bland dark roast. You want to go for the pink or blue packet, but your hand trembles at the thought of what that stuff is made out of.

If you’re worried about eating chemicals like aspartame day in and day out just to assuage your sweet tooth, you might be on the something. New research shows that all these artificial sweeteners are wreaking havoc in our body.

Fortunately, a number of new natural sweeteners are now available for your guilt-free indulging pleasure.

Although not sharing any similarities with sugar, it’s more than 300 times sweeter than sugar. That means that you don’t have to use nearly as much to get the same effects. Also, studies show that eating stevia doesn’t raise blood sugar –meaning that it’s essentially passing through the gut unscathed.

You’ve probably seen yellow Splenda packets nudged next to the familiar pink and blue mainstays in the sugar bin. Because sucralose is technically made from sugar, it’s not considered artificial. Best of all, it’s not absorbed by the body. Many prefer sucralose because you can use it in place of sugar for things like baking.

Although the jury is still out abort the long-term safety of sucralose, it’s one of your best bets in terms of taste and practicality.

Agave is exploding in popularity. Because the source of agave isn’t an industrial factory, but a cactus, it’s 100% natural. However, unlike most other sweeteners there hasn’t been a lot of research on agave’s effect on blood sugar. Therefore, if you choose to agave, it’s best to limit its use so you don’t end up bloated like its cactus source.

This is the newest kid on the alternative sweetener block, commonly seen as the brand name Zerose. New to the US, erythritol has been around in Europe and Asia for about 10 years –with very few reports of side effects.

Erythritol is extracted from fruits and vegetable byproducts, meaning that it’s as close to natural as you can get. Also, clinical research shows that erythritol has zero calories and like sucralose, can be used in much the same way as sugar.

This entry was posted in Nutrition and tagged diet, Nutrition, sweeteners, weight loss. Bookmark the permalink.